Less than two weeks ago, I wrote about a friend of mine, Mary, who married her long-time partner, Rodney, in a beautiful, yet simple, ceremony in Sydney (see “Picture of Love, Togetherness and Strength“).  Last Friday, I was so proud of myself for using my new-found Windows Movie Maker skills when I made a short wedding video with the photos I had taken at their wedding and put it to music with a couple of Bruno Mars songs.  It was my little gift to Mary for her 39th birthday.  She had replied back, via Rodney, to say the video had put a smile on her face.  Rodney was excited about being on YouTube. 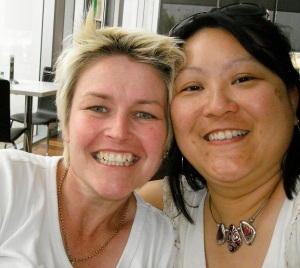 Sadly, today, I awoke to the news that Mary had passed away this morning in Adelaide, having lost her brave battle with cancer.  The news has greatly upset me all day for many reasons and I have been trying to find the right words to express this.  The passing of a loved one is never easy to accept.  The loss of one so young – a contemporary, well, actually younger than me by several months – with a young family and so much to live for, just adds to the craziness of how the world works.  Perhaps the most frustrating (is that the right word?) part about this loss is that I feel like Mary and I only just “found” each other again 2 years ago after having only seen each other once or twice since we finished high school.  When we caught up in November 2009 in Adelaide, we had even talked about meeting up in Melbourne one time when my football team, the Sydney Swans, played hers, Collingwood Magpies. 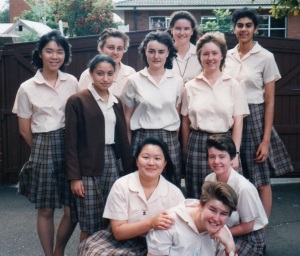 Although I would say Mary and I didn’t have too much in common in terms of background or education, looking back, we shared a similar sense of humour and neither of us ever really was one to mince words.  She was honest, down-to-earth and sincere.  She was a crazy, fun and always bubbly girl, so full of life.  And I know, even as she was getting sicker, she lived for her children.  She spoke with such pride whenever she talked of her two girls when we last met.  It’s crazy to think that was the same girl who was the tomboy athlete I went to school with 🙂 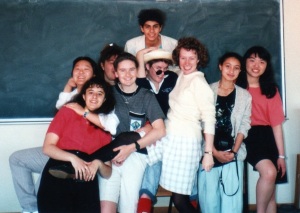 The traditional Yr 12 muck-up day - last day of school. Mary in the hat in the midst of things

I know part of growing up and growing older is learning to accept death and coping with the loss.  Last year, I lost an aunt in New York and my grandmother in Hong Kong.  I knew when I saw Mary at her wedding less than five weeks ago that her battle with cancer this time would be even tougher than the last.  Still, I wanted to believe that Mary’s competitive spirit would help her fight this battle one more time and she would beat the sucker once and for all.

I don’t really have any words of wisdom to share.  I know life will go on.  I know that my life has been richer for having met and known Mary.  I know that Rodney will continue to do a wonderful job raising the girls and, as they get older, will share stories about their mother so that they will always know her.

The ‘Pies will be playing the Swans on 25th June this season.  The way they have been playing, the ‘Pies are a shoo-in to win.  I will have a drink in her memory.  Perhaps when Mary and I meet again in Heaven, whenever that may be, we will catch that game together, and she might even let my Swans win 🙂  And tonight, when I look up into the sky and see a bright star shining, I would like to think it is an angel looking down and watching over her family and friends. 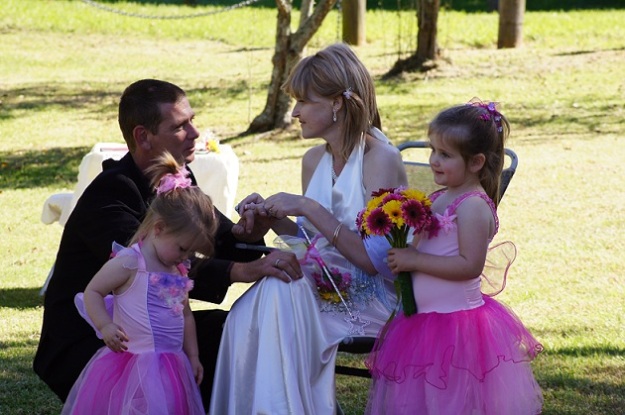 16 thoughts on “When An Angel Becomes A Star”