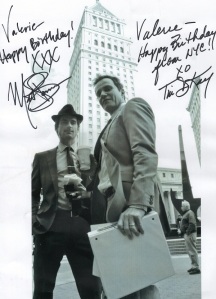 I have been espousing the positives of Twitter for the past several months to my non-Twitter friends. Some of them find it most bizarre of me to be so obsessed by it and that I could tweet the night away chatting to complete strangers I have never met. Yes, it does seem odd for someone who has grown up wary of the dangers of “talking to strangers”. But the generosity and kindnesses shown to me by my new Twitter friends have given me so much hope that there are still good people out there.

For those of you who have accidentally stumbled upon this blog or who are unfamiliar with my previous writings or anything else about me, let me give you a quick update. Just less than 2 weeks ago, we received a distressing phone call that my grandmother, my last living grandparent, had been admitted into hospital in Hong Kong. Whilst there had not been any kind of official prognosis, the situation seemed dire enough to warrant my mother taking an immediate flight to HK.  We were preparing ourselves for the worst.  By the time my mother spoke to the doctor a few days later, the prognosis was not good and there was no telling how much longer she would be with us for.  This all happened as I was preparing to celebrate my birthday, having made big plans a couple of months earlier. But with this news, I dropped all my plans – after all, how could I possibly be thinking about day spa, opera and fancy dinners when my beloved grandmother laid in a public hospital bed all alone and frail? So airline tickets were quickly booked and I would be spending my birthday on a plane for what may turn out to be my last visit to see my grandmother.

But this is not a blog about death and mortality. I want to express my gratitude and how blessed I feel at having such wonderful friends, some long-time and some new whom I have never met in person.

The night before I flew out, my BFF Michelle, who I gave my Swans Club Champions Dinner ticket to, dropped by after a very long day/week at work, to pick up my Swans guernsey.  It was already full of many player signatures but was still missing one I badly wanted – that of retiring co-captain, Brett Kirk (she didn’t manage to get that in the end but it was the gesture that mattered) and I had wanted to get it at that dinner. Another long-time close friend, Lena, with whom I had planned to spend my birthday, picked me up early on the morning of my birthday, took me to our old haunt for a beautiful breakfast so that I would not be dining on airplane food for my birthday. These are some of the kind gestures from long-time friends.

At Customs and Immigration at Sydney Airport, the Customs Officer wished me a happy birthday when she saw my birth date on my passport.

Through Twitter, I have made a few close friends, all having bonded over our common fanaticism over all things to do with White Collar, the TV show. Over the past month, my little crew of “Collars” (Claire – @i_heart_nando, Katy – @katylyn89 and Carol – @mypatrolhorse) have had to put up with my rants and raves about my unhappy work situation. And for the past week, they have continued to lift my spirits over my distress at my grandmother’s situation by sending me lovely pictures and cheerful notes about our White Collar boys and sending me so many messages of love and support.

A recent addition to our little crew, Julie (@schrodingercat) lives in NYC where the show is filmed, told us she would be checking out the location where the cast would be filming the next day and asked us to email her our favourite picture of Matt Bomer and Tim DeKay (the two stars of the show) and she would get them autographed for us. Not only did Julie outdo herself but she even managed to convince Tim DeKay to do a video shout-out to us and mentioned it was my birthday!

This little video that lasted less than 20 seconds completely made my day and has been replayed over and over many times.  This may seem small and trivial to some but it put a smile on my face that someone who I have never met had thought to take a little video and a celebrity who appreciates his fans halfway across the world would take time out to say hello – these are all acts of generosity I will never forget.

In the words of my favourite Aussie, Andrew Denton, “I LOVE YOUSE ALL!”.

5 thoughts on “The Kindness of Strangers & Friends”

Join 1,232 other subscribers
Follow LibraGirl Rules – My Life, My Rules on WordPress.com