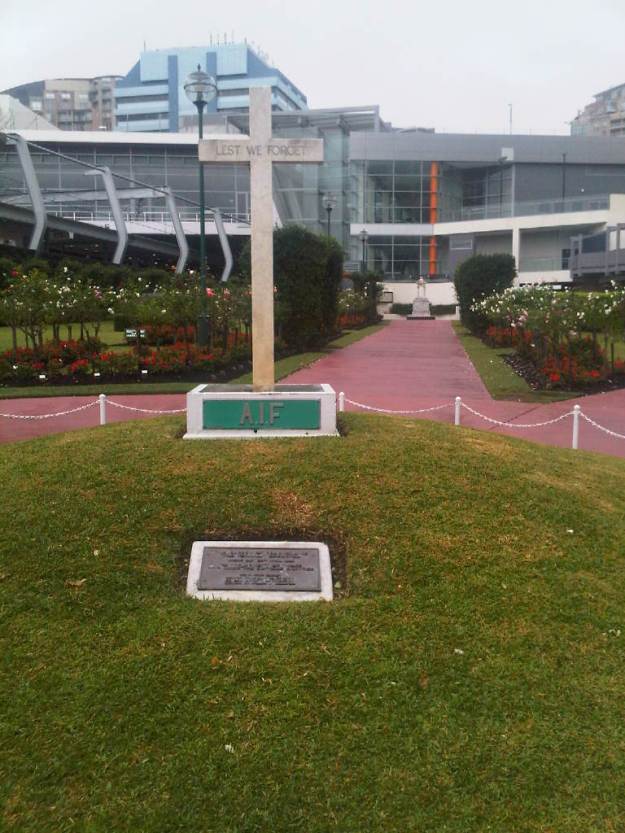 I was only in primary school when I left Hong Kong to come to Australia.  I knew nothing of Australia’s history or the “ANZAC spirit” but to this day, I will never forget my first introduction to Australia’s involvement in WWI.  It was a rainy day in 1983 and our class was gathered in the school library.  There were a few beanbags scattered around the open space on the floor and some of us were quick enough to have been able to dive for one.  As we settled down, our teacher told us we were going to be watching an Australian film called “Gallipoli“.  Neither the title, nor the film’s now-famous director (Peter Weir) and stars (Mel Gibson and Mark Lee) meant anything to me, but as a TV and movie addict even way back then, I was happy to watch anything.  But by the end of the movie, I was sobbing, and as I looked around the room, so were my classmates, including the boys.  My appreciation for Australian history and its involvement in WWI would never be underestimated again.  In the 1980s, the Australian film and television industry was in love with the Aussie war stories and I devoured every film and mini-series that was made on the subject including “The ANZACs“, “The Lighthorsemen” and “A Fortunate Life” based on the autobiography of A.B. Facey.

It is hard to believe that it has been 96 years since that fateful day, on 25th April, 1915, when thousands of young Australian and New Zealand men, landed on the shores of Gallipoli (now known as ANZAC Cove).  It was to have been a surprise landing at dawn to help the Allied Forces capture Istanbul (then known as Constantinople in Turkey), the capital of the Ottoman Empire and an ally of Germany.  But instead, the ANZACs, as they were known (“Australian and New Zealand Army Corps) were the ones taken by surprise.  The night landing was greeted by Turkish troops hiding behind sand dunes and mowing down the troops even as they were climbing out of the ships into their rowboats headed for shore.  What was to have been a strategic taking of the peninsula to open up a path for the Allied navies, it instead marked the start of an 8-month bloody stalemate during which both sides suffered extremely heavy losses and over 8,000 Australians never came home.  Young men, in their eagerness to prove their loyalty to the newly federated Commonwealth of Australia (1901), rushed to enlist as Aussies in support of the Allied Forces, some lying about their ages in order to join.

Simpson & his donkey - photo from the Australian War Memorial

When you visit the Australian War Museum in Canberra, you will come across many examples of “mateship” and heroism, and arguably one of the most famous ones would have to be that of Simpson and his donkey – a young man who had enlisted with the Australian Imperial Forces (AIF) as a way of getting home to England, found himself with a job at ANZAC Cove carrying the bodies of the wounded to safety did so with the help of a small donkey.  Sadly, Simpson was killed in the line of duty only four weeks after arriving in Gallipoli.

Despite the failure of the Gallipoli campaign to meet its goal, the impact of the sacrifices made by those who were there was profound and ever-lasting.  Each year,  dawn services are held around Australia to commemorate the time of the landing, involving a vigil, a period of silence followed by a lone bugler sounding The Last Post.  Since the 75th anniversary of that landing at Gallipoli, dawn services have also been held at the site of the bloodshed, attended jointly by representatives from Australia, New Zealand and Turkey.  In the major cities, as day breaks, this special day would continue with parades through the city by veterans from the wars that Australians have participated in, and in the afternoon, you would find many in pubs and their local RSLs (Returned Servicemen Leagues’ clubs) to play a very Australian game called “two-up” – a game that involves the tossing of two coins in the air and betting on which side they land on.  The game is legal only on ANZAC Day.   It has also become tradition to eat ANZAC biscuits on this day.  These biscuits were eaten as a substitute for bread by soldiers serving in Gallipoli.  Here is a simple recipe (from http://www.awm.gov.au):

1. Grease biscuit tray and pre-heat oven to 180°C.
2. Combine dry ingredients.
3. Melt together butter and golden syrup. Combine water and bicarbonate soda, and add to butter mixture.
4. Mix butter mixture and dry ingredients.
5. Drop teaspoons of mixture onto tray, allowing room for spreading.
6. Bake for 10 to 15 minutes or until golden. Allow to cool on tray for a few minutes before transferring to cooling racks.

Finally, a post about ANZAC Day would not be complete without the Ode of Remembrance:

They went with songs to the battle, they were young.
Straight of limb, true of eyes, steady and aglow.
They were staunch to the end against odds uncounted,
They fell with their faces to the foe.

They shall grow not old, as we that are left grow old:
Age shall not weary them, nor the years condemn.

At the going down of the sun and in the morning,
We will remember them.

1 thought on “Lest We Forget – the Spirit of the ANZACs”