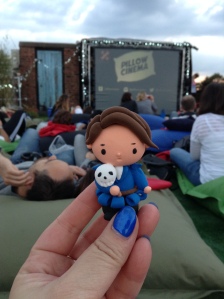 On August 3rd, 2015 (exactly twelve months ago as I write now), I set off on a much-anticipated holiday to London. It was a trip that I had put into motion twelve months before that, when a few friends and I agreed to meet there to see British thespian Benedict Cumberbatch return to the stage to star in Hamlet. It was unusual for any stage production to start selling tickets a year in advance but Cumberbatch’s popularity was on the rise (and continues to do so) and the anticipation for his return to the stage was beyond belief.

I love travelling and seeing the world. It is one of life’s privileges that I do not take for granted. These days, travelling seem to require a little more care and thought. I remember my first solo trip some twenty years before, when my biggest concern was being mugged or losing my traveller’s cheques. Getting lost was not such a big deal as you know you can always rely on some friendly locals to help you out. The world has changed a lot since, some for the better and some for the worse.