Every four years, I find myself glued to the television watching sports that I know nothing about but somehow find myself an expert in. Some of these sports seem like activities I did in the schoolyard or friends’ backyards: trampoline, badminton, table tennis, handball. How many people knew which sports are included in the Modern Pentathlon? (Which leads to the question a friend of mine asked: what was the Ancient Pentathlon?)

Here’s a sample of my armchair commentary:

Swimming – “She didn’t have a strong enough push off the starting blocks!”

Hockey – “What kind of refereeing do you call that?”

Long jump – “Watch that takeoff board!”

The reality is that I am as unfamiliar with the rules of pretty much all of the 28 sports that featured at the 2016 Olympics in Rio as the millions of people who watched around the world. Still, this two-week event dominates the news around the world and captures the imagination of even the least sporting of audiences. Why? 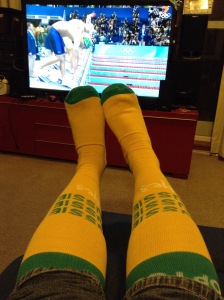